The Board of Directors facilitates and supervises the development and use of research funds. A number of outstanding individuals serve on this board. They bring a wealth of business, scientific and academic expertise as well as personal knowledge of CLL.

Dr. Keating serves as the Founding Director of CLL Global Research Foundation. He is an internationally renowned CLL clinical scientist and a Professor of Medicine in Hematology at MD Anderson Cancer Center. He has been a member of the faculty of MD Anderson Cancer Center since 1977. His major pursuits are developing new potentially curative therapies for CLL and developing rational combinations of new agents in the treatment of leukemia in general.

Among his many honors, Dr. Keating has received the Service to Mankind Award from the Leukemia Society of America, the Charles A. LeMaiatre Outstanding Achievement Award in Cancer, and the Binet-Rai Medal for outstanding contributions to CLL. In 2018, he received the Giants of Cancer Care® award for his lifetime achievements in advancing CLL clinical research.

Dr. Wierda currently serves as the President and CEO of CLL Global Research Foundation. He is Professor and Medical Director for the Department of Leukemia and Executive Medical Director for Leukemia, Lymphoma and Stem Cell Transplant at The University of Texas MD Anderson Cancer Center.
Dr. Wierda received his doctorate of philosophy in microbiology and immunology and his medical degree from the University of Health Sciences/The Chicago Medical School. He subsequently completed an internship and residency in internal medicine at Duke University Medical Center, followed by a fellowship in hematology and medical oncology at the University of California, San Diego.

Dr. Wierda’s research focuses on identifying immunology and immunotherapy strategies for hematologic malignancies, particularly chronic lymphocytic leukemia (CLL). He has served as principal investigator or co-investigator for numerous clinical trials, lectured nationally and internationally, and published extensively on clinical and translational aspects of CLL and drug development.
Dr. Wierda serves as Chair and Value Pathways Task Force Member for the NCCN CLL/SLL/Hairy Cell Leukemia Panel. He also is an editorial board member for JNCCN—Journal of the National Comprehensive Cancer Network and a scientific review committee member for the NCCN Oncology Research Program.

Steve has 40 years of experience covering every aspect of corporate incubation, growth, operations, and highly successful exits. He has cultivated and applied entrepreneurial skills to every role in his career, including almost 30 years as Founder and CEO of 3 Cos.

Steve has held key management roles in Strategic Product Direction/Development, Operations, Tactical Alliances/Partnerships, Marketing/Sales and Engineering. He founded QuantumLink in 1994 to invent a completely new, disruptive telecommunications product category. Steve conceived the product, orchestrated all corporate and product development, created inertia and gained market traction, then sold the company in 2000. After founding Quantum Capital to invest in equipment leases, he founded LiquidLink and grew it into one of the largest Bordeaux importers/distributors in the US. He sold the importing rights and substantial goodwill in 2012, then the inventory.

Recently, Steve’s interests are in life sciences. He has been a Director of the CLL Global Research Foundation Board since 2014. He is an investor and serves on the Board of Navan Technologies, an innovative cellular delivery platform technology. Steve has close connections with doctors at leading medical research institutions all over the world.

Rich Marschner spent his career in commercial classical radio
and as lead editor at two consumer magazines. Mr. Marschner founded The Denver Magazine in 1975. He then became Editor-In-Chief at Colorado Magazine. He has managed radio stations in Chicago and in Cleveland, where he was co-owner of classical WCLV for more than 20 years.

Mr. Marschner served for ten years on the board of the Facial Pain Association (FPA), which supports patients suffering from a range of cranial nerve conditions. He has edited several publications on behalf of the FPA.

Dr. Raber has been a Professor of Medicine at The University of Texas MD Anderson Cancer Center for over 25 years. Born in New York, educated in Europe, Canada and the United States, his career has included work as a clinician, teacher, investigator and executive. Throughout his career, Dr. Raber has maintained a clinical practice in oncology focusing on the problem of patients with unknown primary tumors, an area of expertise for which he is well known, and on which he has written and lectured extensively. As a cancer patient himself, Dr. Raber has experienced the treatments as well as the complications of the illness. He continues to work at the cancer center at a reduced level, and focuses on patient care and education.

Dr. Plunkett has been a professor in the Department of Experimental Therapeutics at MD Anderson Cancer Center for over 30 years, where he holds the Barnts Family Distinguished Chair for Cancer Research. Originally from Massachusetts, Dr. Plunkett earned his Ph.D. in biochemistry from the University of Massachusetts and worked as a research fellow at the University of Pennsylvania prior to coming to MD Anderson Cancer Center. Dr. Plunkett’s research has focused on the development of novel therapeutics to treat hematological cancers, including CLL. He is a leader in the field of pharmacology and has lectured extensively throughout the world.

Ms. Cohen has served on various boards including the Smart Museum of Art at the University of Chicago, the University of Chicago Visiting Committee for the Visual Arts, and the Film Commission of Greater Kansas City. She was born in York, PA, and graduated from the University of Pennsylvania, B.A. with Honors, Summa Cum Laude, and Phi Beta Kappa. She graduated from the University of Pennsylvania Law School where she received the Nathan Burkan Award. She practiced law in Los Angeles with Kadison, Pfaelzer, Woodard, Quinn & Rossi, a prior iteration of the Los Angeles office of Arnold & Porter. Her practice focused on commercial litigation with an emphasis on antitrust defense and copyright infringement action. She currently resides in Kansas City, MO.

Mr. Katopodis was the President and CEO of Fiesta Mart, Inc., a grocery chain with 50 locations in Austin, Dallas and Houston. In addition, Mr. Katopodis is a board member of the Food Marketing Institute and has served on the Boards of Houston’s East End Red Cross and as Chairman of the Skyline District of the Boy Scouts.

Mr. Nichols has served as president of The Nichols Companies since 1972. Nichols is a dealership network of construction machinery, representing multiple manufacturers in seven stores throughout Texas. Their most popular product is the Bobcat. 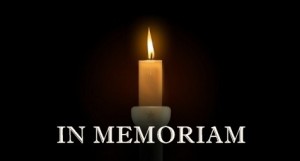 CLL Global lost its founding chairman, Byron "Mack" Rankin, Jr. at the end of the summer. Mack was instrumental in launching our organization and making it into a successful and worthwhile entity. We will forever be grateful for his guidance and support.
Please Read a Tribute to Mack's character and love of life as written by his wife Ashley with assistance from Rachel Landry. We hope you enjoy getting to know Mack as much as we enjoyed the privilege of knowing and working with him. 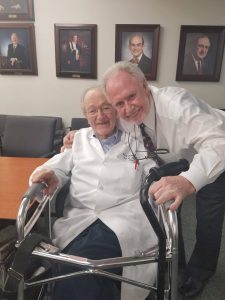 Dr. Emil J Freireich, pictured with his friend and protégé, Dr. Michael Keating, was a legend in the world of oncology and the founding father of modern clinical cancer research. His early work at the National Cancer Institute (NCI) on treating childhood leukemia, formerly a death sentence, with combination chemotherapy directly led to the current 5-year survival rate of 90% for children diagnosed with acute lymphocytic leukemia. Building upon his success in treating childhood leukemia, Dr. Freireich and his collaborator from the NCI, Dr. Emil Frei III, were recruited to MD Anderson Cancer Center where they created the Department of Developmental Therapeutics, launching a chemotherapy program which over the next 15 years became the single largest entity devoted to cancer treatment and research in the world. With his wit, wisdom, and passion, Dr. Freireich's impact on the field of cancer made him a giant of modern clinical research. Dr. Freireich passed away on February 1, 2021 at the age of 93

CLL: Where We Have Been and Looking to the Future

Our mission is to abolish chronic lymphocytic leukemia (CLL) as a threat to the life and health of patients by accelerating CLL research.